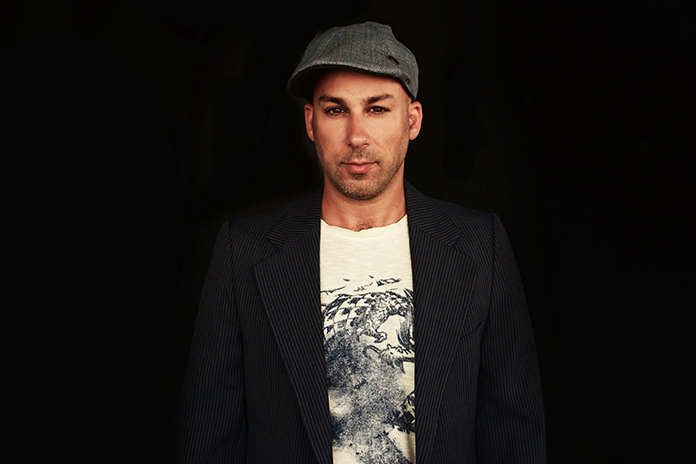 Jonah Smith is a critically acclaimed American singer-songwriter. His music ranges over nine albums from soul-jazz to Americana and he moves effortlessly on stage between keyboards and guitar.

Read more
Smith’s vocals are soulful, bringing to mind Steve Winwood and even Ray Charles but his songs are stories that bring to mind Dylan and Paul Simon. His last record, Stay Close was released in 2018 and was nominated for Album Of The Year by the Independent Music Awards. Smith’s songs are in rotation on radio stations around the country. He has had songs featured on television including Good Morning America and America’s Got Talent where he was a semi-finalist on Season 9. OnAGT, Smith received a standing ovation from judges Howard Stern and Howie Mandel after performing his song Skyscraper Blues. Smith has toured throughout America as well as Europe and Asia. He has appeared at Bonnaroo and has been an opening act and guest singer with artists such as Los Lobos, Little Feat, Taj Mahal, and many others.

You’re the real deal. You can play, you can sing…you are terrific.
– Howard Stern 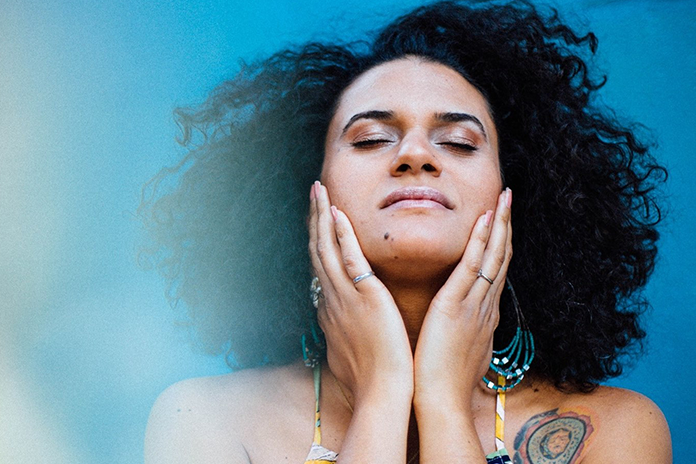 Flora Pasquet fuses traditional music from the Indian Ocean and neo-soul. Charismatic and sensitive, that force leads her to explore new sounds and stories in French and Creole (from Reunion Island), her native island, Spanish and English. Her music brings the essence of the origin, the modern of this new era and the revelation of who she is today.

Read more
Flora Pasquet is a musical contrast that illustrates the intrinsic duality of Man, which invites from authenticity to connect with your own story, to believe and create magic, share what we are and express art. She brings stories of her land, and rhythms to dance with the eclecticism, she caresses the Body and Spirit. Flora Pasquet… Music for the Soul!
Go to top

Originally hailing from Limerick, Ireland, Louise has performed in solo concerts, musicals, tv and radio shows across the US, Canada and all around Europe and South America since beginning her professional career.  She spent two years working for Sony Music & Universal BMG Scandinavia (1999-2001).

Read more
Louise also travelled the globe working for Up With People as Vocal Instructor and as a Guest Entertainer Vocalist taking the lead in the musical productions onboard luxury cruise ships with Royal Caribbean and Princess Cruises (2005-2009).  However her true passion for music lies in Jazz!

Since May 2010, Louise has been based out of Mexico City, where she regularly performs at the most prominent Jazz clubs, venues, theatres and festivals around Mexico City and across the country. She feels privileged to be working with the very best of Jazz musicians from Mexico, Chile, USA, Israel, Brazil, New Zealand and Ireland. Often, Louise is invited to participate in recorded and live interviews in specialized programs about Jazz or to publicize events on radio and television, for example in TV Azteca Puebla, Televisa, Canal 22. She actively participates in Irish music and Jazz events, working for the Irish Embassy in Mexico City and Havana, Cuba.

At the end of 2013, she released her debut Jazz album “Songs from a Darkened Room”, a collection of 12 much loved classic jazz tunes, recorded live and unedited in studio, with Alex Mercado on Piano.

At the beginning of 2015, Louise released her second Jazz album titled “Moments of Light” which was recorded live in studio at Sala de Audio in Mexico City and mixed and mastered at Bass Hit Recording by Dave Darlington in NYC. The album includes original compositions in the styles of swing and blues, integrating seven well known musicians from Mexico, USA, Chile and New Zealand. “Moments of Light” was released under the label FONARTE LATINO and is now available on iTunes, GooglePlay, Amazon, Spotify and in physical copies at music stores across Mexico! In 2018 Louise recorded a third album with Scottish world jazz guitarist David MacGregor ¨Remembering Ella & Joe.¨ This album is due for release and they will tour in Europe towards the middle of 2019. Some of Louise’s  memorable performances have been; representing Ireland in the Euro Jazz Festival at the Centro Nacional de las Artes CNA in Mexico City, to an audience of almost 10,000 in March of 2014, performing for the 4th of July celebrations for the US Ambassador in Mexico City to an audience of international and national politicians and public figures and most recently at the Teatro de la Ciudad Esperanza Iris in downtown Mexico City as part of the Festival Centro Histórico.  These public concerts were recorded and continue to be transmitted on Mexico´s TV channel Canal 22.

Guitarist, composer, arranger and lyricist Dan Nicholas is the musical director of Equinox. He grew up in New York City and New Jersey, and at the age of 18 he began to study with the world renowned jazz pianist and educator, Dr. Barry Harris. Nicholas was inspired to move to The Netherlands in 2001 after meeting master pianist Frans Elsen, with whom he worked from 2008 – 2011.

Read more
Nicholas formed Equinox in 2008 and began to focus extensively on composing and arranging for the ensemble. In 2014, the project entered its current phase as the backing group for the incomparable vocalist Marjorie Barnes, giving Nicholas the opportunity to hone his abilities as an original lyricist as well.

In addition to working with Equinox, Dan Nicholas has performed with such jazz luminaries as Barry Harris, Grant Stewart, Gary Smulyan, Benjamin Herman, Dado Moroni, Peter Beets, Greg Hutchinson and Gene Jackson. He is also the leader of Equinox Jazz Promotions (EJP), an organization dedicated to programming and promoting an extremely high level of jazz events in the Netherlands. 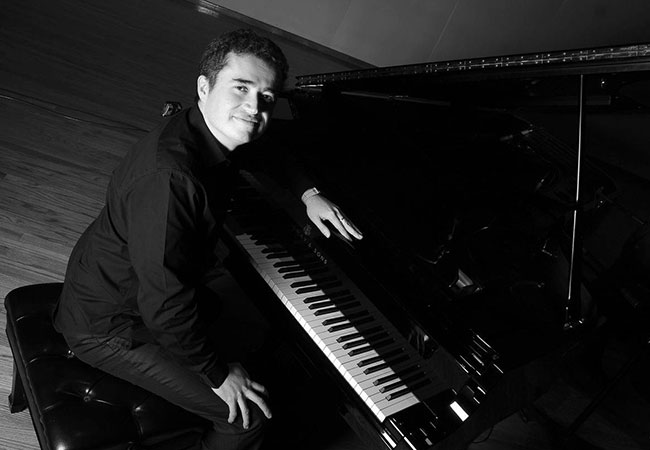 A pianist with astounding technique and boundless imagination, Alex Mercado is acclaimed for his ability to write striking compositions and create vibrant sonic landscapes that have resonated with critics and audiences alike in his native Mexico.

Read more
On Symbiosis, his second trio recording after 2012’s The Watcher, Mercado takes us on a journey through a vibrant musical world full of engaging melodies and the dynamic improvisations that typify the finest in contemporary modern jazz. Featuring Antonio Sanchez & Scott Colley, and being selected as one of Downbeat Magazine Editors’ Picks for 2014, the album will introduce jazz aficionados outside Mexico to a virtuoso instrumentalist without peer in his homeland where he is the “1st Call” pianist of choice for Magos Herrera, Sachal Vasandani, Bryan Lynch, Camila Meza and other visiting artists. Mercado’s career highlights to date include being commissioned in 2010 to arrange and perform as the featured soloist in the orchestral opening to Sir Elton John’s concert at Chichen Itza with the Yucatan Symphony Orchestra; participating in 2011 as an arranger/composer on singer Magos Herrera’s album Mexico Azul, recorded in NYC with John Patitucci, Adam Rogers, Tim Hagans and Luis Perdomo; and being chosen in 2012 by the Mexican government to inaugurate with a solo piano concert the iconic City Of The Books, one of Mexico City’s most important and historic landmarks.
Go to top


Andrés Gándara, was born in Querétaro, Qro., he has participated in tours in countries
such as Italy, Brazil, France, Germany, Colombia, Czech Republic, representing Mexico
in music and dance folklore festivals.

Read more
Once he graduated with a degree in Jazz Studies from the Universidad Veracruzana, he was active as a jazz musician in the scene of cities such as Queretaro, San Miguel de Allende and CDMX, where he was part of the National Jazz Orchestra of Mexico as a guitarist and composer, performing in jazz festivals as well as in various forums such as the Lunario del Auditorio Nacional in Mexico City. More recently he spent a season working as a showband guitarist on cruise ships, gaining experience in the trade of accompanying artists, mounting all kinds of repertoire and playing in Broadway-type productions. As part of his professional training he also attended the Advanced Jazz Workshop at CENART, and is currently studying for a Master’s Degree in Jazz Composition and Arrangement at the Kunst Universität Graz, Austria, under the tutelage of Ed Partyka. Within his artistic activities in Austria, he is part of the projects Acitrón Duo and Ensamble
Tlalli.
Go to top

Read more
In 1996 he began collaborating in the San Miguel de Allende International Jazz Festival in various areas such as: musician, director of the educational area, musical director and producer. In 2006, with Teresa Urtusástegui they reactivated the International Jazz Festival and added the Blues style, taking charge of its general direction. Since then he has produced several concerts inviting the participation of prominent figures from the Jazz and Blues scene such as: Joey Calderazzo Trio, Antonio Sánchez Trio, Tuck and Patti, Betsy Pecanins, Magos Herrera, Sarah Reich (Postmodern Jukebox), Karrin Allison, David Sanchez Quartet, Peter Bernstein Jazz Quartet, among others. He has produced several concerts with his group “San Miguel Jazz Cats” at the International Cervantino Festival and in various locations in the country. For ten years he has performed concerts as a musician and musical director, presenting different musical proposals related to jazz and blues. Beneficiary of the Scenic Creators with Trajectory Program, 2014-2017 of the National Fund for Culture and the Arts.
Go to top 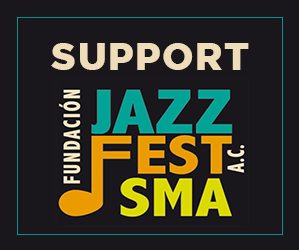